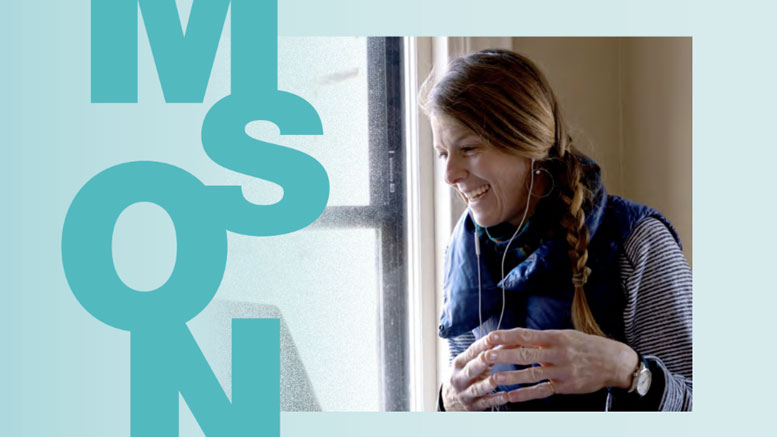 The following article appears on p.12 of the March edition of Waynflete Magazine. It is titled, “Smart Technology” and was written by Rand Ardell.
Download a PDF version of the magazine.

Given the prevalence of online classes today—with teachers and students participating in real time from remote locations—it’s hard to believe that they were an unusual phenomenon prior to March 2020. It was particularly uncommon for these classes to draw students from dozens of independent schools across the country. One of the organizations at the vanguard of this model was the Malone School Online Network (MSON).

MSON’S ROOTS are found in the Malone Family Foundation, established in 1997 by Dr. John Malone to provide access to a quality education for gifted and motivated students whose families lacked financial resources. Malone Scholars would receive tuition support based on merit and financial need from the independent schools to which they had been admitted (the schools, in turn, secured permanent funding from the foundation in the form of a significant endowment).

Schools were chosen by the Malone Family Foundation based on their academic caliber; the quality of staff; the attention given to individual students’ needs, interests, and talents; their financial strength and stability; and whether they had an economically, culturally, ethnically, and socially diverse population. In 2011, following a rigorous research process, the foundation selected Waynflete as one of only 50 independent schools in the network.

The concept of the Malone Schools Online Network emerged later that same year. Stanford Online High School (OHS) was a Malone school and the preeminent synchronous online educational institution in the country. OHS founder Ray Ravaglia had seized upon the idea that students at Malone schools could participate in real-time classes online. Prior to the founding of OHS, there was no well-established technology solution to make an online high school class network a reality (online classes offered by institutions such as One Schoolhouse and Global Online Academy were conducted asynchronously). OHS possessed just the kind of technical platform required to make Ray’s vision a reality.

Maret School Head Marjo Talbott soon took up Ray’s idea at a gathering of Malone school administrators. Cathie Wlaschin, executive director of the Malone Family Foundation, recounts how Marjo was eager to discuss the idea that “this Malone group of high-quality schools with similar goals and like-minded heads of school should form a consortium that would somehow take advantage of our synchronous relationship, possibly sharing curriculum through some form of blended learning. At that moment, MSON was born.” With Ray beta testing the network at OHS, Marjo wrote a vision statement, business plan, and grant proposals. She formed a steering committee and went on to volunteer as MSON’s first executive director—in addition to her day job at Maret.

“Because the Malone Foundation had already vetted the schools in the network, we knew that they all had similar perspectives on academic rigor,” says Waynflete Head of School Geoff Wagg. “Remember—this was long before Zoom became a household word. It was pretty miraculous that a Waynflete student was going to be able to take an Arabic class with a dozen other kids from across the country.”

Today, Waynflete is one of 28 Malone schools that participate in MSON. The network offers almost 50 courses, ranging from freedom and identity in LGBTQ literature to organic chemistry, the philosophy of pop culture, and ancient Greek. Potential courses are identified in response to a stated need from member schools, or simply because an existing class presented a compelling opportunity for students to learn from a passionate teacher. MSON teachers often develop courses in collaboration with other faculty from across the network. In 2018, for example, Malone school heads expressed an interest in offering a computational thinking course to their students. No individual school possessed the resources to hire a dedicated teacher, so Waynflete computer science teacher and director of technology Page Lennig rose to the challenge. Over the course of a year, Page worked in concert with colleagues from three other Malone schools to develop a curriculum (she also taught the class). “Designing that course with teachers from across the country was some of the best professional development I’ve ever had,” she recalls.

MSON offers intensive courses that enable highly motivated students to explore subjects they might not otherwise encounter in high school. Waynflete teacher Stephanie Hogan says that “these kids are some of the most remarkable students I have ever come across in a classroom setting. They’re just so driven, and they’re highly motivated to understand themselves as learners.” Classes meet twice weekly, and while students have access to their teachers between classes (most MSON teachers set up regular office hours), they must work independently and manage their time effectively. Outside of class, students are expected to watch teachers’ instructional videos, perform experiments, and prepare for discussions and collaboration. Waynflete students must work through other logistical challenges: MSON classes don’t coincide with the school’s block schedule, so students end up missing one block per week in one or two other classes.

Waynflete has had as many as 15 Upper School students taking MSON classes in a semester. While participation has been affected by “Zoom fatigue” in recent years, Upper School Curriculum Coordinator and science teacher Wendy Curtis is confident that participation levels will rebound as the pandemic recedes. “These types of kids are eager for new experiences,” she says. “Malone classes just fit the bill for them.”

Waynflete students attend MSON classes in a dedicated classroom, which features a high-quality camera and microphone along with two large monitors (class content is displayed on one monitor, leaving the second available for large images of the students and teacher). While the upfront cost of this conference system was significant, “It’s more powerful than a typical Zoom meeting,” says Page. “Seeing students and the presentation side by side is so much better than what we’re all used to, which is that once the presentation starts, everyone disappears.” Page notes that familiarity with the network’s technology, which includes remote whiteboards, screencasting, and online quizzes, resulted in Waynflete being well-positioned to rapidly switch to an online learning model in March 2020. “We crafted our pandemic response on the MSON model, which allowed us to have multiple synchronous blocks for every class, every week,” she says. “It definitely gave us a leg up.”

Sam Yankee ’21 and John Moon-Black ’21 took a multivariable calculus MSON class together during the 2020–21 academic year—a course that Wendy says was particularly intense. “We had taken all the college-track math Waynflete offered, so it was nice to have the opportunity to go beyond that,” Sam recalls. “It was cool taking a class with students from all over. The Malone class was a lot more fun than the college version, which I took this past semester.”

“Working in a purely online environment improved my organizational practices in ways that have been really helpful in college,” says John. “I still find myself going back to my roots with my MSON teacher’s organizational methods. I wouldn’t trade them for anything.” Naimo Mohamed ’23 has taken multiple MSON classes, including “Debate Local, Think Global.” “It’s been so interesting to take classes outside of Waynflete,” she says. “Every one of us is different in our own way, and bringing those differences together is what really makes the MSON community great.”

A student’s peer group is usually limited to the kids with whom they attend school. “MSON blows that concept wide open,” says Head of School Geoff Wagg. “Now you can be in a civic engagement class with kids from California, Tennessee, and Indiana. You’re immersed in an environment for dialogue that’s no longer limited to the Portland, Maine, perspective.” Stephanie has made similar observations about the MSON class that she teaches on positive psychology. “While the students’ academic profiles are often pretty similar, there is distinct differentiation in their cultural profiles,” she says. “What’s amazing to see is that these kids have a great willingness to be vulnerable, to acknowledge that where they come from has a significant impact on how their life plays out.” Stephanie has frequently observed students commending classmates for their honesty in the class chat; in the class reviews that occur at the end of a course, one student wrote, “I learned more about myself than I have in any other class.”

“The experiences that the kids bring to class are so different, and it’s good for them to hear different perspectives— even in a computer science class, and even if it’s just banter and chitchat at the beginning,” says Page. “Hearing ‘We had a tornado yesterday!’ creates awareness about what’s going on across the country.”

“These kids are some of the most remarkable students I have ever come across in a classroom setting. They’re just so driven, and they’re highly motivated to understand themselves as learners.”

Geoff didn’t want to stray too far from his teaching roots, but taking on a traditional class at Waynflete would have been impossible given his demanding role as head of school. MSON presented a unique opportunity. Geoff adapted his longtime class “Political Identity, American Democracy, and Civic Engagement” to an online model and has taught the class for several years. “When I started with MSON, there were certain barriers that we’re all used to today,” he recalls. “I learned that I had to be thoughtful about how to manage dialogue, particularly in a class like this that is so conversational.” Geoff came to realize, for example, that everyone’s microphones had to be on all the time. “We couldn’t all be shuttling back and forth from the mute button—the result is constant split-second barriers to dialogue.” He also observed that it was essential to retain the subtler elements of a class that make for close relationships between teachers and students. “In a typical school environment, you have all these brief moments when you’re coming into class or leaving, or when you run into a student in the hallway. These are opportunities for teachers to check in on kids. How’s the homework or paper going? Do you have any questions? With Malone courses, teachers have to be more deliberate about creating these connections.” Stephanie loves teaching her Positive Psychology class. “It’s the science of well-being,” she says. “We deal with subjects like perfectionism, imposter syndrome, and learned helplessness—issues that most high school students are grappling with in real time. They’re able to cultivate and practice habits that will serve them well now and in the future. It’s fun to see the growth that happens in the class. I want it to be everybody’s superpower!”

“Every one of us is different in our own way, and bringing those differences together is what really makes the MSON community great.”

Malone schools can also use the MSON system for unique programs. In the fall semester, six Waynflete students participated with more than two dozen students from other Malone schools in six 75-minute workshops hosted by Close Up, a Washington, D.C.-based nonprofit. The program aimed to help students develop a more thorough understanding of the complex issues facing the country, make the connection between these issues and long-standing values and tensions, and develop the skills needed to discuss controversial issues. “Not only did the Close Up program provide me with the skills to facilitate deliberations on civic issues—it also helped me be an active participant within them,” says Basil DiBenedetto ’24. “I gained a deep understanding of political
values, problem-solving, and youth-based advocacy. It was an amazing opportunity that allowed me to feel even more comfortable with my own voice. I feel lucky to have taken part, and I’m excited to see how I can take my newly learned skills to the next level.”