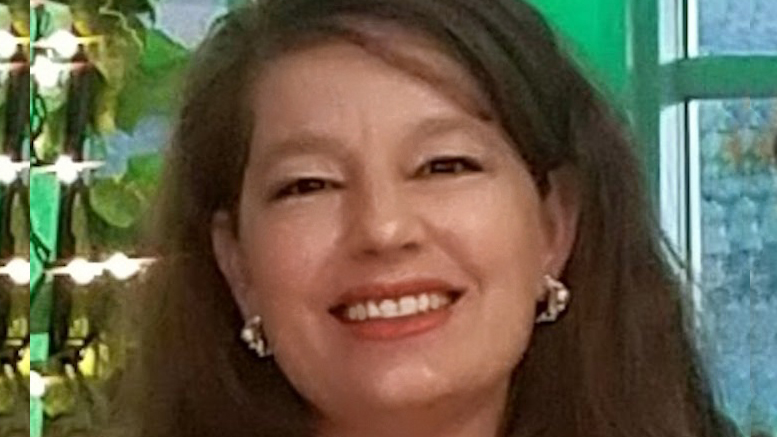 This edition of Teacher Spotlight shines on Dr. Diane Hotten-Somers, English Faculty and Gender Equity Advisor, The Derryfield School. Before delving into her interview, Dr. Hotten-Somers shared that she lives “in New Hampshire with her fabulous husband, Dr. Sam Somers, three teenage daughters (yes, THREE TEENAGERS!!!!), and SIX PETS (Kona, Stella, and Ahsoka Bear – puppies! And Dumbledore, Lea, and Winny – kitties!).” She shared her interests beyond the academy: cooking, skiing, yoga, surfing, and traveling the world with her family.

Tell us about your own academic journey. What was your favorite subject in high school? I know that you have a PhD. Can you tell us a little about your dissertation?

Ever since I was a young girl, there have been two intellectual constants in my life: curiosity about gender and culture. I distinctly remember wondering as my parents, much to their chagrins, read me Cinderella each night: why does Cinderella have to marry a prince to be happy? Followed quickly by this musing: Was it something about the time of princes and princesses—which I later realized when studying The Canterbury Tales in high school was medieval culture—that made marriage Cinderella’s only option? It came as no surprise to me or anyone who knew me that I ended up not only choosing English as my major in college, but also concentrating on medieval studies and writing my senior thesis on the role of women in chivalric narratives. Through that thesis, I not only learned that, indeed, given Cinderella’s social class and lack of economic means since her father left everything to her stepmother, she needed to marry to survive, but I also learned that women’s voices have been marginalized by these very gender roles. Considering how cultures both often marginalize and silence whole groups and, in turn, how these groups find ways to disrupt systems of oppression and gain power and agency, thus moving themselves from margin to center, became the main thrust of my academic and personal political activism.

My dissertation for my American Studies PhD extended this focus by considering the ways in which Irish and American modernist playwrights created space for subsets of each nation’s cultural identities that had not, as yet, been given stage time  (i.e. for the Irish, Sean O’Casey staged the working class, urban Irish for the first time just as Clifford Odets gave voice to the urban, Jewish immigrant in American theaters). And now, as a scholar and teacher of American Studies, I continue to and ask my students to think about the ways that American popular culture and media disseminate hegemonic ideologies about gender, race, and class, asking both how these hegemonies are responded to and in what ways they shape our cultural identities and values. Which is why, right now in my Ensuring Equity course, we are spending two weeks discussing why Beyoncé matters, thinking critically about why her 2014 VMA performance, during which she stood up in front of a 20-foot lit sign that read “FEMINIST” with Chimamanda Ngozi Adichie narrating the definition of feminist, thrust feminism into the popular culture stratosphere and marked the beginning of the 4th wave of feminism. We are deeply considering the history of representing black femininity in popular American media to question how Beyoncé’s media presence and representation relates to this history, and if she has the power and agency to shift the narrative about Black women’s roles and representation. Stay tuned for our conclusions!

Since joining Derryfield’s faculty in 2016, I have been so intrigued by the MSON online model, and the creative pedagogical opportunities it affords. In speaking with past Derryfield MSON teachers, I heard the excitement they experienced in being able to design advanced, interdisciplinary courses and knew that if the opportunity to teach an MSON course ever came my way, I’d take it on without hesitation. So when our MSON liaison, Lindley Shutz, asked if I would be interested in teaching a gender studies/women’s history course for MSON, my immediate response was, “Absolutely!” And every day I gather in my Zoom room with my MSON students, I am so grateful for the opportunity to engage with such committed, smart, and generous young people who challenge me not only to broaden my capacity to use multiple digital platforms to foster connection and learning, but they have also pushed me to think more critically, reconsidering my own long held beliefs about gender politics, through their tremendous capacity to share generously their own nuanced views on gender and American culture.

The theme of voicing the voiceless and silenced continues when I think about the books/texts that have had the greatest impact on me and are my favorite to teach. They are, in no particular order: Toni Morrison’s The Bluest Eye, Nathaniel Hawthorne’s The Scarlet Letter, Mark Twain’s Adventures of Huckleberry Finn, Kate Chopin’s The Awakening, Kendrik Lamar’s To Pimp A Butterfly, and Beyoncé’s Lemonade (ok, and I need to also include Roddy Doyle’s The Commitments and Arundahti Roy’s The God of Small Things . . . seriously, I was never able to pick just one discipline, which is why I ended up with an interdisciplinary doctorate and so I can’t pick just one book!!!!). All of these texts have played such an important role in my own understanding of the effort it takes for democracy to continue, for ensuring that each American is both represented and voiced, and for me to critically consider if the great American experiment has worked (still in process with that last consideration!). And each time I read/listen to each of these texts, I see a new perspective and learn something new about American culture because that is what truly great, impactful writing does: its meaning grows with each new reading – for me, texts are alive and organic, ever changing. And teaching each of these texts, especially when I pair Morrison’s novel with Lamar’s rap album, allows me to experience anew the power of these works of art to shine a critical light on American culture, and ask if, indeed, “we [still] hold these truths to be self-evident, that all [wo]men are created equal.” I get to witness my students grapple with Morrison’s and Lamar’s response to those opening words to our nation’s founding document, and probe the ideas that make America a complex, ever-evolving nation. It’s hard, challenging work, but the most important, fulfilling work I could ever imagine doing and feel honored that I have the chance to talk with young people who give me hope for the continuation of democracy because they are willing to do the hard, courageous work it takes to ensure that the democratic process continues, and that we keep fighting for justice and liberty FOR ALL.

How does teaching a class with students from across the country impact the experience for you and for the other students? Why are the topics of your MSON classes important today? If there is one lesson from your classes or one skill that students learn that you think is the most important, what would that be?

The big take away I hope for each of my students is this: to learn how to actively listen to and honor the perspectives of all those they learn and live with and to know and honor themselves. In short, I want them to learn empathy. Right now, we are living in such culturally divisive times where we often only get 280 character tweets or 20 second video clips to determine the meaning or value of another. It’s brought stereotyping and reductive thinking to an all time high. With my Malone students who come from all regions of the U.S., we get 2 sustained hours a week (and a little more as my students will tell you, we ALWAYS run over because inevitably one of us says, “there’s just one more thing I have to say”) to share our perspectives. Just yesterday in my Ensuring Equity class, we shared our personal and regional terminology for the term feminist. What we realized is that, sadly, in all regions represented this term (which includes all U.S. regions except the Southwest and West) that the term “feminist” still carries negative connotations and that my students have learned how to bravely stand up for what they believe despite the fact that self-identifying as a feminist has brought them ridicule and criticism in most cases. We also talked so much about how each of them want to hear and create space for people who have opposing views from them, and to do so in a way where they feel safe sharing their beliefs. Several of my students said that they feel that people who have beliefs that are outside the majority or are on the far right of the spectrum are often shamed for voicing their opinions. They all agreed that this type of shaming needs to stop because everyone has the right to share their thoughts and beliefs. That conversation represents all that I hope for my students and shows what deeply thoughtful and caring young people they are, and it represents what is so important about MSON: having kiddos from across the country have the opportunity to hear and share with each other their experiences and to see how much they have in common as well as their differences is what this country and our democracy is founded on: for each American to be able to represent themselves and to experience liberty, and to honor the liberty of all. That’s what’s happening in my MSON classroom, and I suspect across all the Zoom MSON classrooms everywhere.