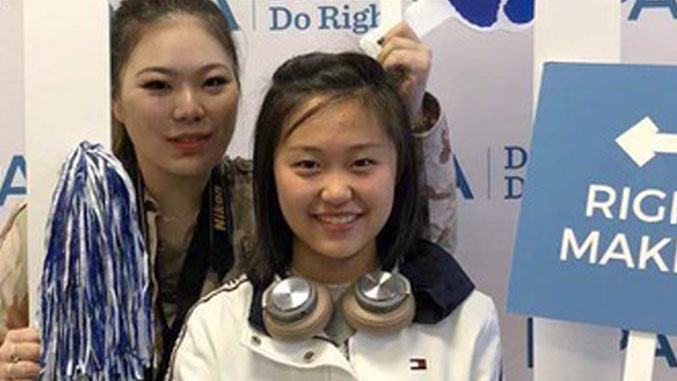 “I am so sad this class is ending,” Mounds Park Academy sophomore Qiya Zhang wrote to her MSON teacher, Ben Taylor, this winter. “This class had the community I’d been seeking for years.”

After reading that testimonial, we knew we had to “sit down” with Qiya and learn more. Over Zoom from China, during what was in part a reunion with Ben Taylor, Qiya described her journey from China to America and to the MSON course “Einstein’s Relativity and the Evolution of the Quantum Model.”

Growing up in China, Qiya always loved physics. But, she told us, “the way I approached physics was different from other people.” She cared about “academic satisfaction” rather than competition, and her deep, frequent questions in class made her feel, at times, ostracized: “People looked at me like I was asking questions to suck up to the teacher.” Always looking for something more, Qiya applied to and was selected for a competitive talk show on National Television. But, while still unsure if she would make the cut, Qiya applied for a new academic program, to which she was also admitted. She now had to choose between National TV and a pursuit of physics in a new, more challenging, academic program. Of course, she chose physics, sacrificing one grand opportunity in order to join an elite group of students like her who each worked to gain in class rank. The difference between Qiya and most of her peers: she cared about more than just improving her class rank, and the program still wasn’t satisfying her hunger for “academic satisfaction.” Qiya yet again sought out a new opportunity, leaving her home to join the community at Mounds Park Academy.

When Qiya came to Mounds Park Academy, she began to have more hope in finding academic community; she praised the school environment and sense of belonging. Mounds Park’s relationship with MSON, and the fact that she could take high-level physics, has helped renew her dedication to learning. A senior at her school told her, “sign up for MSON if you don’t want any human interaction,” but it was just the opposite.

Qiya recounted an experience with an “Einstein” group project “clowning around” until 1am and feeling “intellectually connected.” Her fellow students, Qiya explained, actually got three separate answers on the physics problem and had to argue for each of their positions. Qiya noted, “that experience was really interesting. It was something I had never had before—this kind of interaction.”

Qiya bonded with her classmates. They sent physics articles back and forth, shared a sense of humor, and wanted to impress one another. Qiya noted that in brick and mortar classes, there can sometimes be social elements that impede class community, but “the online format forces us to talk about the actual material,” she explained.

Reconnecting with Ben Taylor, Qiya couldn’t wait to dive into that material some more. The two of them spent 30 minutes more discussing high-level physics. 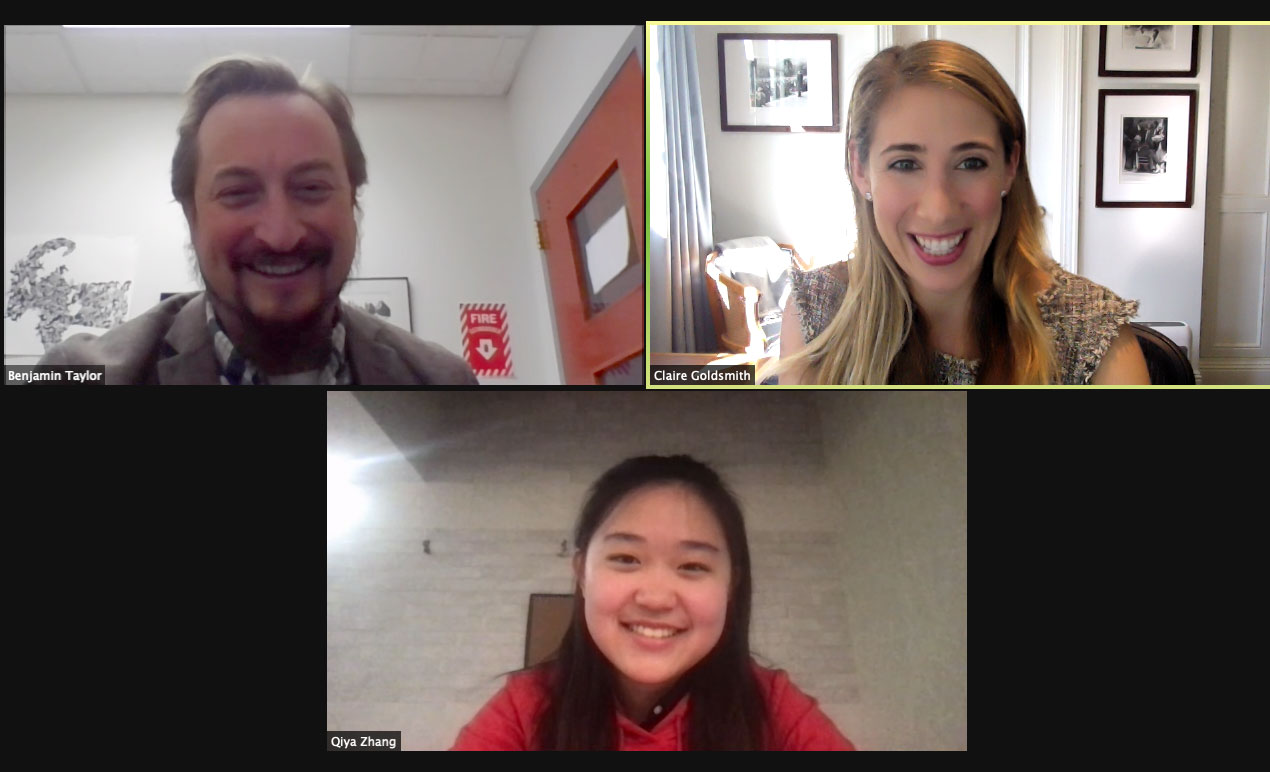