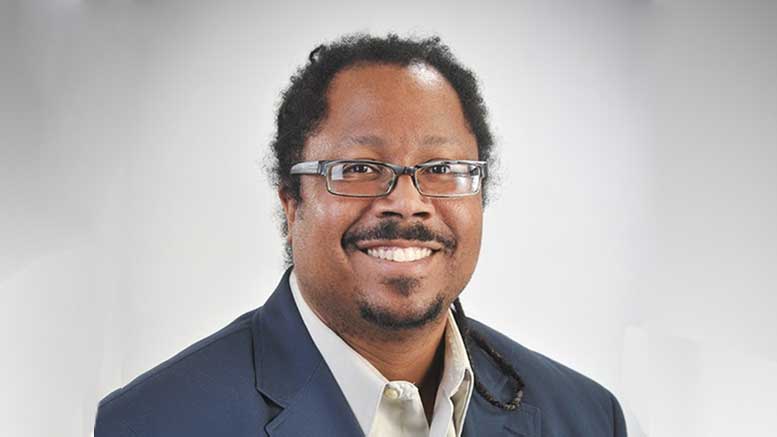 John teaches MSON’s course, “Diversity in a Global Comparative Perspective,” wears many hats at Canterbury, runs an African American History museum, has taught at the college level from Beijing to Indiana, and is known as an authority on many issues related to race and history (see his mention in a recent NPR article here). MSON sat down with him to learn more.

1. Those of us who know you have heard a bit about your doctoral research in Mali, so I have to start there. Will you tell us about that project?

I pursued my Doctorate from 1992 to 2001, defending in 2003. My thesis was about a secret society of Blacksmiths who assassinated the king of a major state in central Mali in 1854.

Along the way I learned to read French, and in order to conduct interviews, I achieved fluency in Bamana, a tonal West African language in the Mande & Bantu Language Families.

I feel honored that more than 300 blacksmiths chose to support my project with interviews, and I spent countless hours in their forges, watching them work and posing them questions. These smiths were masters of the pharmacopeia of the bush, close allies to traditional hunters, and powerful sorcerers too.

2. How does that experience inform your work on issues of diversity?

For one thing, the Mande world as it is known, encompasses many of the societies and cultures in 9 West African nation-states (Mali, Senegal, Sierra Leone, Guinea Bissau & Guinea Conakry, the Gambia, Liberia, Cote D’Ivoire, and Burkina Faso). This is a vast area geographically, and there are perhaps a hundred languages spoken within it. Cultures in this space learned to live with one another, with relatively few conflicts. Most people were related by blood and marriage, and also a special kind of pranking loyalty called joking relationships. Just being there meant being awash in dramatically disparate experiences, and being treated to seeing local people navigate seamlessly between these cultures.

In this part of West Africa, and in many African societies, people speak 4 languages, each connected to a set of cultural practices that are often in tension and harmony with one another. The planet’s oldest societies reside here, and the expansion of ironworkers from the interiors of West Africa to the Atlantic coast were not violent. Locals saw and came to revere the power of blacksmiths to transform stone into iron. And they were also master circumcisers too, so they facilitated the transformation of nobles’ children into adulthood.

To experience African societies is to navigate diversities, just in the course of everyday life. These experiences helped me to see some of the limitations of our traditional way of thinking about Diversity from a Race, Class, Gender standpoint. While these are powerful forms of identity in our society, Africa helped me to appreciate both the intensity and expressiveness of Diversity as a lived, negotiated experience by people with differing agendas and agency.

My courses spend time focused on Africa, so that students can recognize that the way our own society structures a person’s identities and access to resources is not the only model in our world. African approaches are far more complex than American or western ones are, and there’s lessons in that.

3. Outside of MSON, you teach at Canterbury School. What is your role there?

I teach our in-house eponymous Diversity Course, but I’m also the Coordinator of High School Research, where I steward students through their Junior Year Independent Projects and I support Sophomore course dependent research projects too. I’m also a Technology Integrationist and the Diversity Coordinator as well. So I wear a few hats.

4. And outside of Canterbury, you are also extremely active in other areas. Tell us about those, please!

I’m the part-time Executive Director of the African / African American Historical Society Museum in Fort Wayne, Indiana. Although we’ve been closed due to the pandemic, and I’ve largely transitioned to a greater workload at Canterbury School, this institution has photo exhibitions on various aspects of African American history in Fort Wayne and Northeast Indiana, and there are also exhibits on national history and African Art there too. A small museum that began as a Mom & Pop, we are in the process of raising more money (always, this is the challenge of small nonprofits) to expand in the future to a state of the art facility. It’s a process.

5. What do you enjoy about teaching your MSON class? Want to share any particular stories?

I love how motivated our students are, and their thirst for knowledge at this level of education is awe-inspiring. But we deal with charged topics. Sometimes you begin a teaching day not realizing that a topic really strikes close to home. Last year we were talking about immigration and one of my students knew people who had been shot by the El Paso shooter. It was moving to see how much she cares for her community, but we were heartbroken for her and her family.

But there are many days where students realize the interconnectedness, or intersectionality, of our varied identities — and those are powerful moments to watch.

6. Has this summer’s events, including the murder of George Floyd and others, changed the way you teach the Diversity course and facilitate conversations on racism, identity, social justice, etc.?

I think that the murders of George Floyd, Breonna Taylor, and others has helped me to better illustrate for students HOW power works in society. While we all have agency, we each possess differing degrees of power that we can marshal in any given situation. The protests that emerged, and the many non-Black peoples who took to the streets have left lasting impressions on our students, and they have begun to act in their own schools and local communities too. If anything, it has illustrated the reality that students are not in a vacuum; they are here, in the same society WITH US. They aren’t “waiting to get into the real world.” The protests have brought home that they are right here, in the real world, right now. And they are exercising their agency in a collective way we’ve not seen in American life since the 1960s and the Counter-Cultural Revolution.

Whew! No! Well, I’d LOVE to launch a version of this Diversity course for Adults. I’m hoping I can carve out time and space to do that, because many of these topics are timeless, and because so many adults crave a vocabulary and a way of thinking and reasoning through these challenges that we face.

America is in a unique moment: 51% of our students are nonwhite this year, for the first time in US History. There are powerful demographic changes afoot. By 2044 the US will not have a white majority population — and much of the disruption we see in the political and cultural landscapes is due to these changes which have been long in coming.

But these changes are not just localized to the US. By 2040, 70% of the holders of advanced degrees will live outside of “the west” (the US and Continental Europe). These 700 million people will solve for the greatest challenges of this century in an increasing proportion to their number. We have to better understand these societies so that we can collaborate more effectively in these transformations.